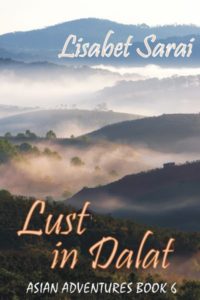 Lust can be a revelation.

The woman in the window seat to my right had more flesh than I’d usually find attractive, and most of it was on display. But she wasn’t trying to tease. Every detail—the silver hoops in her earlobes, the teakwood clasp in her hair, the anklet decorating her high-arched foot—broadcast confidence and a healthy disdain for anyone else’s opinion. A woman alone, on a public conveyance, in a foreign country, Helen nevertheless looked thoroughly at home.

And me? Traveling outside of the U.S. for the first time in my life, I was nervous, inexperienced, awkward and excited. Especially excited. With Helen in the next seat, who wouldn’t be? 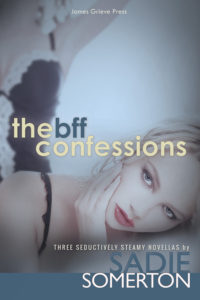 Best friends forever… and so much more!

Cilla and Rosie: Best friends reunited by chance after drifting apart. Best friends with a lot of catching up to do. Best friends who discover the old spark that had threatened to turn friendship into something more still burns bright, and there’s unfinished business between them…

THE BFF CONFESSIONS:
Three steamy and very explicit romantic novellas about two women’s explorations of the swinging and hotwife lifestyles, from the author of Swingers’ Party, Guesthouse With Benefits, and The Other Couple:

BEST FRIENDS REUNITED
One steamy night everything changed between Rosie and Cilla. A kiss, a fumble, a sudden intense moment shared between them. When they meet up again a few years later there’s some unfinished business still between them. Best friends forever — and maybe lovers for life.

HALL PASS
Cilla loves Thom. Rosie loves Andy. Cilla and Rosie love each other, too. Whoever said life had to be simple? None of the old rules seem to apply in such a complex multiple relationship, but is it really possible for love to be shared around between four people like this? 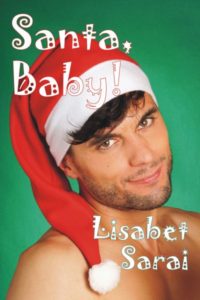 This Christmas, Santa discovers it’s nice to be naughty.

Recent university grad Matt Glaser may not have the Santa Claus beard or belly, but when it comes to earning extra holiday cash, it’s a case of ‘ho ho ho, let’s start the show’—he loves his red suit like a reindeer loves carrots. This potential client, though—classy, curvy Eleanor Danforth—seems more interested in checking out his butt than his references. And two grand for a private party? Oy vey, Prancer, something’s not kosher about this particular Vixen. She’s not one to be denied, though. When the interview takes a carnal turn, he finds he’s unexpectedly eager to satisfy the demanding older woman.

Wearing the provocative costume supplied by his employer, Matt arrives at the Danforths’ swanky apartment to discover he’s been cast as the emcee for Eleanor’s intimate gathering. His duties include managing a pair of scantily-clad blond elves, distributing decadent treats to guests who’ve been good, and meting out punishments to the naughty. Meanwhile, the mistress of the house has a Christmas gift especially for him—one made of silicon and leather straps, which requires plenty of lube. Ho ho ho, Matt! It’s going to be a very merry Christmas indeed.

Add to Goodreads »
Read an Excerpt » 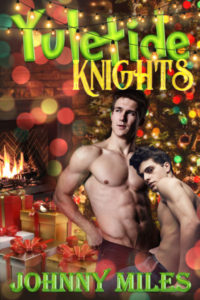 After being arrested for protesting at a rally, activist and political science professor, Michael Cooke, meets police officer Beauregard Isiah Guilford. Beauregard is a walking wet dream—the type of man that makes Michael swoon. All it takes is a single look, a touch, a kiss, and Michael is a quivering, cowering mess.

There’s only one problem. The butch, gruff and muscular Alpha top’s ability to showcase Michael’s submissiveness fills him with shame. Unable to accept his role in the bedroom, no matter how fulfilling it might be, Michael breaks up with Beauregard, only to learn that he can run, but he can’t hide from his own truth… no matter where he is, or how far he runs, Michael isn’t complete unless he’s with the one man who unleashed his inner whore.

The two men cannot seem to stay away from each other. Michael must learn, and accept, when it comes to sex, being a sub is nothing to be ashamed of—or risk losing Beau forever. Just when it seems all may be lost, an unexpected visit from Santa—yes, the real Santa—helps them realize magic can be had, but only if they believe. 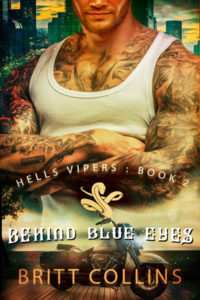 When Nuke’s brother shows up at the Hells Vipers Motorcycle Club, he brings trouble with him, in more ways than one. Holden was always the good son, or so Nuke’s family thought, but Nuke knows things others don’t. As Nuke struggles with his new responsibilities at the club, Holden’s presence threatens to not just undermine his position but also his relationship.

Jasmine, the love of Nuke’s life, knows something is wrong as soon as Holden comes back into Nuke’s life. She’s heard the stories and is far from interested in getting to know him better, especially now that they’re trying to form a family of their own.

With Kevin gone and Pipe being distracted by a dangerous crush, can the club deal with Holden’s sudden appearance and the trail of bodies behind him? More importantly, can Nuke and Jasmine’s marriage survive what Nuke’s brother has in store for them both?

Behind Blue Eyes is the riveting sequel to You Belong To Me. 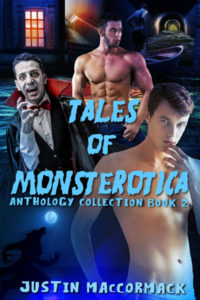 Travel beside Jonathan Woodcock, our veteran monster-shagger, as he continues his arduous journey of sexual discovery! Watch poor Jonathan experience the leather-clad discipline of the muscled Queerwolf alpha daddy. Shriek in terror as young Mr Woodcock is seduced by the Phantom of the opera and learns that his only escape is to bend over and take one for the team. And, finally, marvel as our hero returns home to England, only to find an especially thirsty vampire Count waiting for him, eager for a different sort of life fluid! 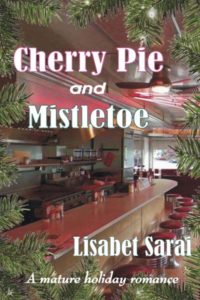 Some Christmas traditions improve with age.

At ten thirty on a stormy Christmas Eve, I really didn’t expect any business, but the sign for our diner out on the highway reads “open until midnight”, and I’m a woman of my word. Good thing I didn’t close; the half-frozen long haul trucker who wandered in really needed some hot coffee, not to mention a slice of my luscious cherry pie.

Something about the grizzled, bear-like man with the chocolate-brown eyes and ready laugh spun me back to my scandalous, sensual younger days. I hadn’t wanted anyone in years, but I wanted Dave Driver. Was I brave enough to act on my desire? And would he flee, screaming, from the amorous attentions of a white-haired little old lady?

Add to Goodreads »
Read an Excerpt » 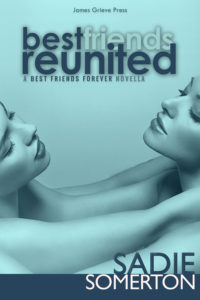 Best friends forever… until that one night when everything changed.

Cilla and Rosie’s long-time friendship had always been platonic until that one steamy night when everything changed. A kiss, a fumble, a sudden intense moment shared between them.

A few years later, when they meet again by chance, they have a lot of catching up to do. While previously wild rebel Cilla has settled down, the quieter Rosie has been exploring… and now that she’s back with her old BFF she has lots to
confess about her life as a hotwife, encouraged by her partner to explore her passions and desires with others and then tell him all about it.

And now that Rosie and Cilla are back together again, there’s some unfinished business still between them. Best friends
forever – and maybe lovers for life.

BEST FRIENDS REUNITED: a steamy and very explicit romantic novella about two women’s explorations of the swinging and hotwife lifestyles, from the author of Swingers’ Party, Guesthouse With Benefits, and The Other Couple. 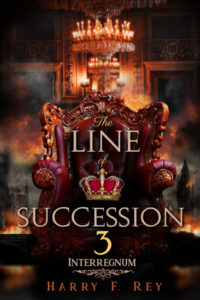 The Line of Succession 3: Interregnum

The Queen remains steadfastly in a coma. James is adjusting to his life as prince regent, helped by new eye-candy Samuel, while Andrew faces up to the reality of working for the opposition—James’ twin sister Alexandra. Andrew and James now find themselves on opposite sides of the war of succession.

With Alexandra’s bombshell article due to shock the monarchy to its core, she must seek out political allies to take the throne while keeping her restless husband Faisal in check. But the establishment is fighting back, and they’ll use even the most diabolical means to ensure James will produce an heir.

The powerful forces behind Operation Rex face a greater threat—Lizzie’s plans to expose the monarchy’s deadliest secrets to the world. Her pact with the IRA may finally avenge her parents’ murder… and truly enthrone a reign of chaos during this interregnum. 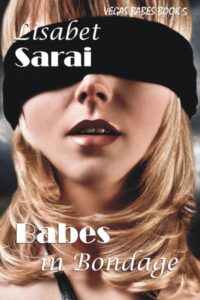 Blonde, beautiful and untouched, Patricia Hastings leads the Citizens Resisting American Perversion in their fight against filth. She’s determined to destroy the licentious, permissive, anything-but-vanilla strip club – whatever it takes. A smidgen of plastic explosive should do the trick… If only she can resist her attraction to the voluptuous, red-headed minx Annie, and her own secret craving for surrender.

Add on Goodreads »
Read an Excerpt »

Books in the Spotlight 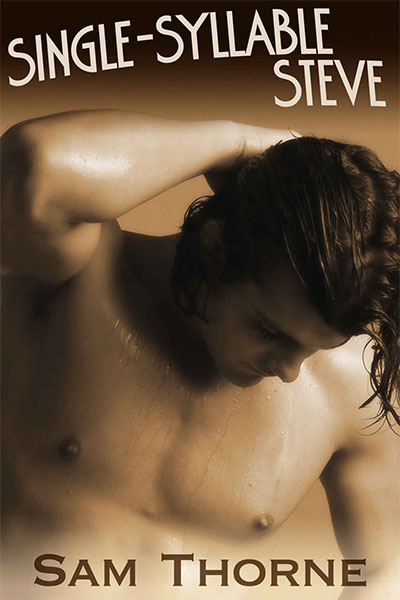 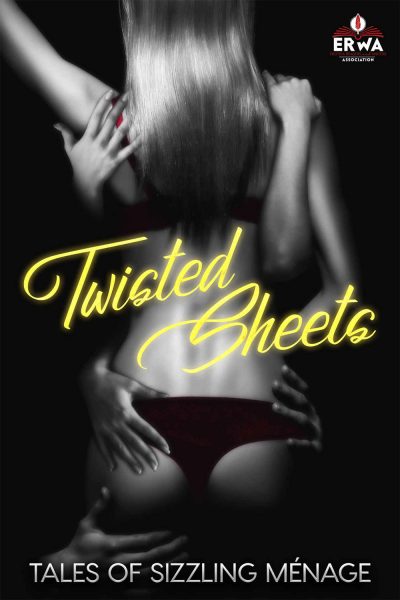